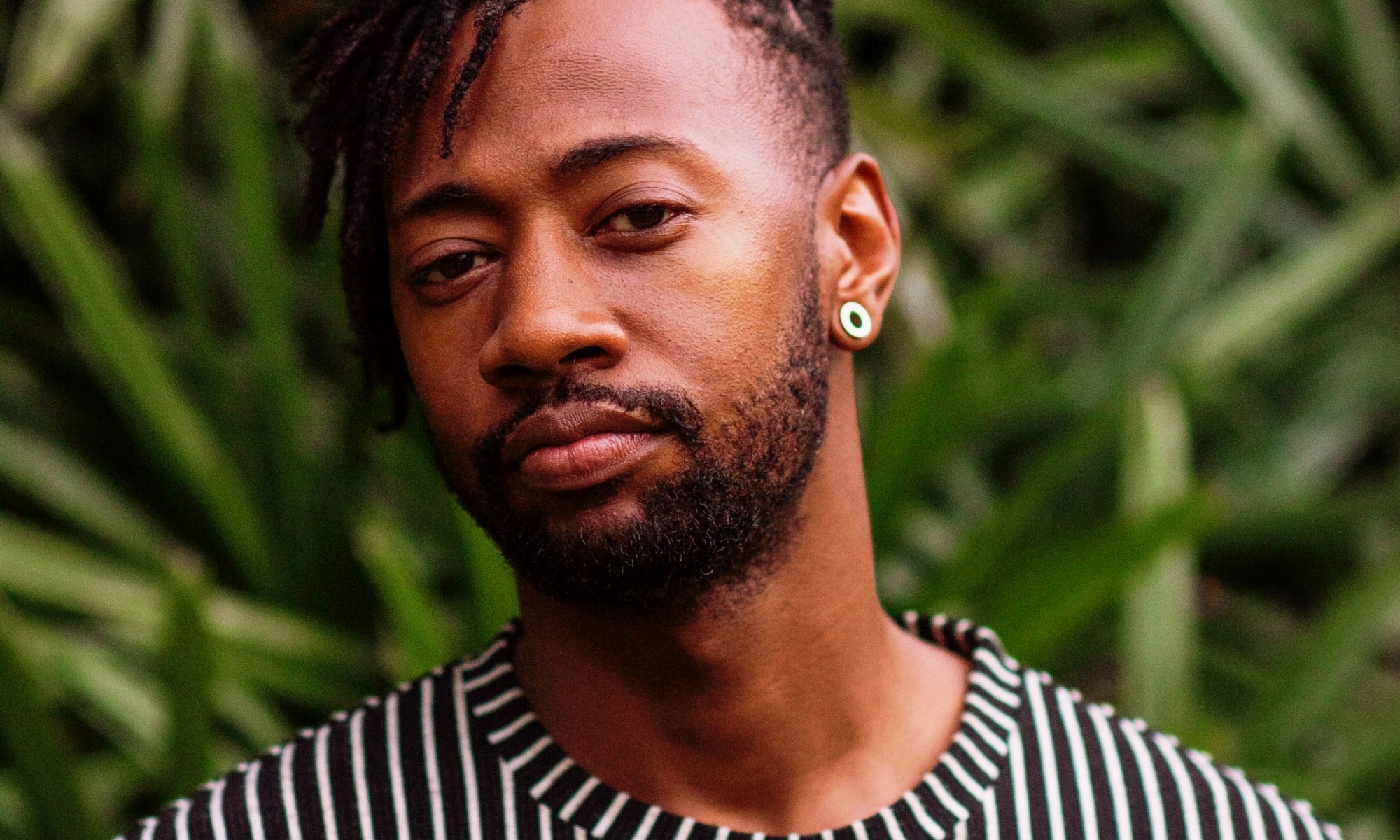 Hey guys, gays, and gworls! I’m back at it like a crack addict with another special spotlight! Everyone, meet Christopher Hill!

GeekedT: Hey Chris, how are you?

Christopher: Hey man! I’m doing really well. Trying to push through the rest of this year, so I can kick off the new decade with a clean slate and a big bang!

GeekedT: Tell us a little bit about yourself! Where are you from and what do you do as a creative?

Christopher: Alright, so I was born and raised in Flint, Michigan. I know the first thing people think when they hear that is a tragedy, but my life there was far from it. I was surrounded by such loving and encouraging family and friends, who pushed me to believe I was capable of anything. The main reason why I was brave enough to leave home to move to New York City.

Currently, I’m a social media manager for Spotify by day and a filmmaker/actor/creative by night. Balancing a full-time job and my own personal projects is no joke, but this is my way of intersecting my passion for music and entertainment.

GeekedT: When did you decide that this is the field of work you wanted to be in? Did you expect that you would be in the space you are now before you started?

Christopher: I knew I always wanted to work in music and entertainment, but I didn’t know in what way that would manifest. I mean if I’m being honest, I really wanted to be a male R&B crooner haha. But I kept it real with myself – I knew that in order to really pursue my dreams, I’d have to start a career that would allow me to leave home and sustain myself. While I was in college, I got an opportunity to travel to New York City for a school program, where I landed my first internship as a writer for Complex Magazine. That’s when I knew for sure this was the city I needed to be in and the industry I wanted to work in. NYC feels like a place with limitless opportunities and filled with people who inspire me.

I guess I didn’t expect things to work out exactly the way they panned out, but I’ve always envisioned myself working for a label (if I wasn’t on a label as an artist lol) and able to pursue different avenues in entertainment (filmmaking is my way of opening up those other avenues). My journey thus far has overall been amazing, but I will say that I still have so much more I want to accomplish.

GeekedT: So, a body of work of yours that I love is your short web series Reality Check. For those who don’t know, can you tell them what Reality Check is? How did the creative process for that go? What type of work went into filming for this project?

Christopher: Reality Check is a short-form six-episode scripted series that follows the story of a Queer Black Millennial trying to navigate his way through the obstacle course that is New York City. The main character also happens to have an overactive imagination in which you’ll see him literally getting smacked back and forth between his fantasies and his reality. Hence, the title of the series.

The creative process was a learning process. I helped with creating digital video packages during my time working at MTV but was never involved to this extent in the making of film. A friend of mine had just made her own indie-film and I sat down with her to find out how she did it. She gave me the background on every crew member I’d need and their role. From there is where I started from the ground up. Putting out listings on Craigslist for DPs, casting calls on Backstage for actors, recruiting friends to help with assisting on set, etc. I really had to swallow my pride and ask for help, which was the biggest lesson that came out of the production phase. Don’t be afraid to ask for help. Once people see you’re serious, the more they’re willing to help you out.

We shot the series over a three day weekend and an additional day a month later. It was 12-hour days and everyone really working their hardest to make this project as close to my vision as possible. I’m truly grateful for everyone who touched this project, especially since this was a low budget indie project.

Christopher: My favorite moment was probably just getting it done, haha! It was truly a process that I enjoyed but was also hella stressful. We ran into so many roadblocks, but we were in focus mode and pushed through.

I have so much love for the first episode (LoveSMACKED), but I think the 5th episode (My First Black Coworker) definitely became a favorite. I had written episodes about relationships and roommates but had to write an episode about the lack of diversity in the workplace to complete the New York City trifecta of struggle. The idea for the story came to me because a Black coworker told me the first time they saw me in the office reminded them of the scene in ‘The Color Purple’ where Celie and Nettie reunited. That was all the inspiration I needed for that episode.

GeekedT: Are we getting a season 2?

Christopher: We are! I’m speaking it into existence. I’m working on it now. I’ve pretty much wrapped up casting and now it’s just planning for the shoot dates. I’ll say sometime next year. If anyone would like to donate to the making of the second season, they can help out here. Whether it be a few dollars or a dime, anything is appreciated! (Link to fundraiser): bit.ly/RealityCheckFundraiser

GeekedT: What are some other projects that you’ve worked on within the past 2-3 years?

Christopher: For the most part, I’ve been focused on building a community around Reality Check. The series got picked up in the first annual SLAYFEST back in 2018 and another festival in Germany last fall. I’ve also done a few panels discussing the Queer Black Millennial experience. I’ve realized that Reality Check was much bigger than just me fulfilling my own desires of acting/directing and rather became a platform for me to discuss issues that the Queer community is faced with. It also has allowed me to give my own perspective of issue within the LGBTQIA community.

GeekedT: Aside from season 2 of Reality Check are you working on anything else that we can look forward to seeing?

Christopher: I have another really cool project that I’m ideating on right now and it’s a complete departure from Reality Check Series. It’s more focused on another passion that I have, which is food. It involves opening a pop-up restaurant with a very specific theme and documenting the experience. More to come on that!

GeekedT: What’s a piece of advice would you give someone looking to get into working in this specific creative field?

Christopher: Be kind to yourself. Take time for introspection. Don’t allow fear or lack of resources to stop you from believing you’re capable. You’re more than capable. Don’t let roadblocks force you to do U-turns, but instead find detours to get to your destination.