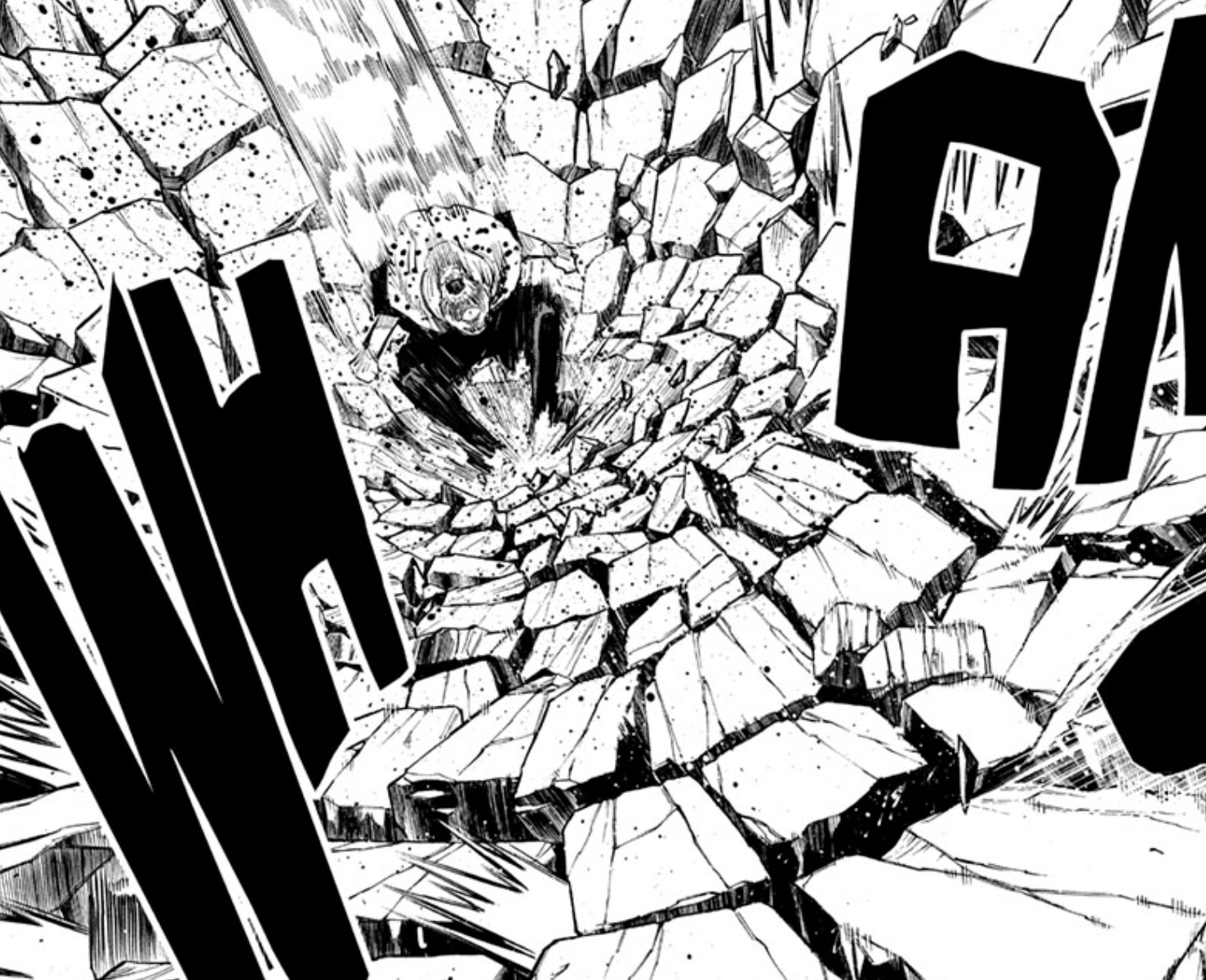 Hey guys, gays, and gworls! I’m back at it like a crack addict with another ‘Read With Me’ this week! I’ll be talking about Jujutsu Kaisen’s third story arc called “Disaster Curses.” If you haven’t started reading Jujutsu Kaisen then stop reading right now and get into it! You can trust my judgment.

So first, before I start off with the story, I want to start off by saying that this arc’s name is bland for a story so good.

The “Disaster Curses” arc picks up after Yuji died. His body is in the school morgue being played and tampered with while Megumi and Nobara are approached by a group of second-year students who offered to let them participate in the Goodwill Event (a future story arc) if they train more. We have a demon named Jogo trying to get the help from an ex-sorcerer named Suguru Geto so the demons can take over. Going back to Yuji, he and Sukuna were alive in Yuji’s actual heart but not the body. Sukuna forces Yuji to agree to his terms and conditions so he may live again. While Megumi and Nobara train with the second-year students, Gojo trains Yuji “Karate Kid” style.

I’m so happy we can see more domain expansions! Jogo’s “Coffin of the Iron Mountain” looks so bomb! I literally made it my wallpaper for my iPad haha.

Gojo’s “Unlimited Void” domain expansion is sick! Overall, I love Gojo’s character and his powers. His infinity power added onto the domain expansion seems to be unstoppable. His Infinity power slows things and/or people down the closer they get to him. They may not realize it but he does.

Also, there can be more than one domain up, but the stronger and more refined domain will reign supreme. I honestly want to get to the point where I can see Megumi’s and Yuji’s domain expansion!

Speaking of Yuji, the deal that was made with Sukuna had forced Yuji to forget their deal that they made when they both resided in Yuji’s heart. Seeing Yuji trying to take on Sukuna was hilarious if I’m being completely honest!

The power difference between the two of them is way different. Even with just ten percent of his power, Sukuna is not a threat to take lightly. When Sukuna and Yuji fought, he barely had used two percent of his own power. That leads me to believe that Yuji’s training throughout the series is going to make his power level skip to that of Sukuna’s. The main character always starts out weak and end up being over-powered after failing to defeat the antagonist. I hope it’s a gradual gain of power and not an instant jump.

Megumi and Nobara training with the second-year students (one of them is a panda) for the Goodwill event seems more of filler to me. Of course, I’ll pay attention to it because it’s an upcoming story arc within the series, but I honestly feel as though there could have been another way to build upon Megumi and Nobara’s character development without using the event. The only area I see the two grow in is power levels, and barely even that. Nonetheless, I can’t wait for Megumi to figure out how to home in on his curse powers. Yes, this is a Megumi stan account!

I’ll be back next Tuesday with my ‘Read With Me’ for Jujutsu Kaisen’s “Vs. Mahito” story arc. Be sure to read along so we can discuss it. I’ve been looking for people to talk to about this manga, especially after hearing it get picked up for an anime release!!! But anyway, let’s chat on GekeedT’s Twitter or Instagram. If you’ve read the “Disaster Curses” arc then comment down below your favorite part of this story arc! Jujutsu Kaisen is able to be read on the Shonen Jump app or MangaRockPro.

While you’re here, be sure to check out GeekedT podcast where my co-host Kavon and I pour up some cups of wine while discussing all things “gay and geeky.” We’re currently on a break, but we’re coming back on February 28th with more content, more laughs, and more guests! Don’t be afraid to tell a friend or family member about us! You can follow Kavon on Twitter and Instagram.

Can’t wait for you guys to tune in for the next session of ‘Read With Me’ next Monday!